Despite finding Mortin Myes’ First
Cryptic Gallery fairly simple to decipher, I must confess that
his second one had me completely stumped.
Once again, there were three paintings, and this cryptic gallery
was given the rather enigmatic subtitle ‘Evolution of Maze’. 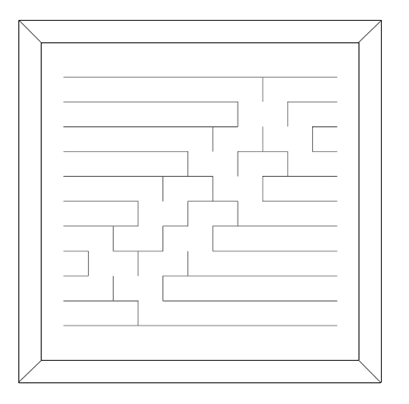 It’s as if the mystery number were spelled out in crayon on the
backing of the frame. (It isn’t, but might look like this,
demonstrating that care must have gone into getting the real
picture to be so mazey.) 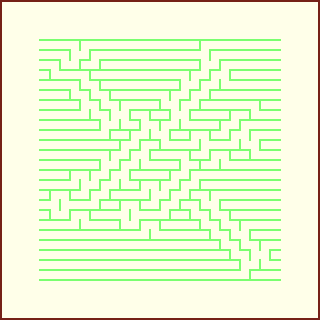 commented/hinted that the underlying portrayal system is
directly graphical.

LeppyR64 made a 180° overlay that reinforces the regularity of
vertical bars and powersupply pointed out how much information is
redundant, all of which leads to a focus on horizontal (lateral)
bars/gaps and to a disregard of vertical bars. Looks like the
mystery number is 5039. 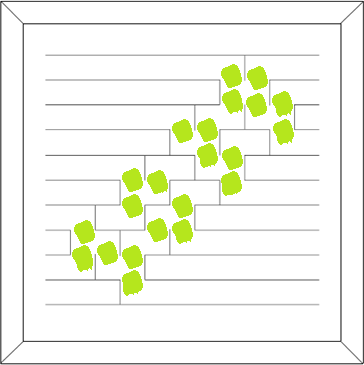 Perhaps vertical bars have something to say after all, as
diagonals creep along them into place. 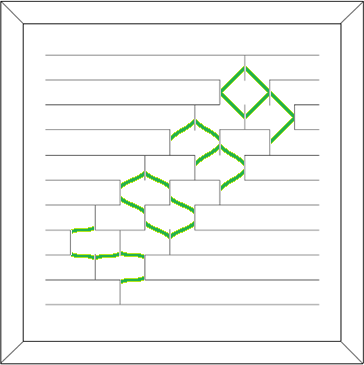 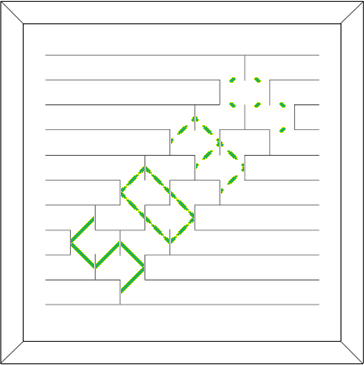 This became crystal clear from M Oehm’s insight that deserves a
post of its own but has generously been donated to this one.

“I think you could overlay a diamond grid over the maze, so that
the nodes of that grid are the midpoints of the vertical walls.
Then use only the segments in that grid that cross a gap: Like this. That also explains why there
are no adjoining vertical walls: The grid is like a checkerboard
and only every other cell has a node.”
– M Oehm

Couldn’t resist depicting an interpretation beneath that “like this” image. 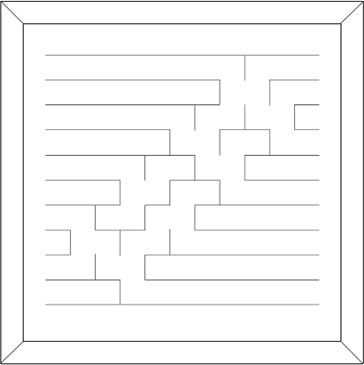 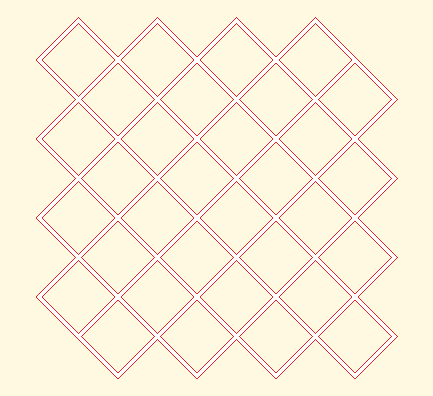 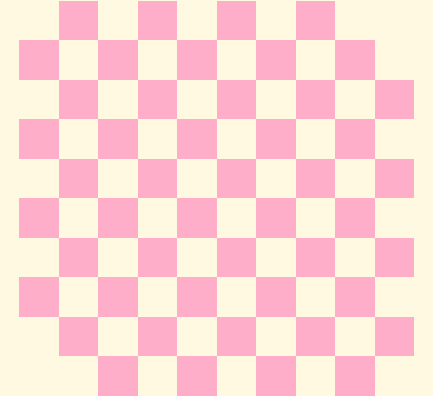 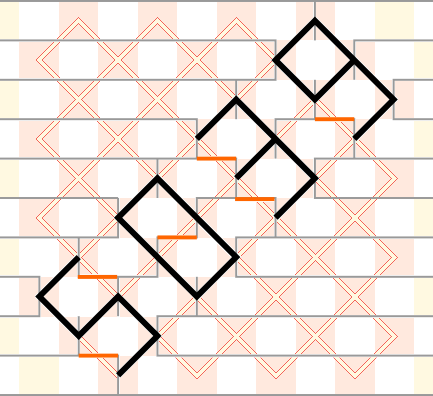 By combining the above progress with poser’s revelations in
Not
Quite Wrap-up: The Half-Making Of Mortin Myes’ Second Cryptic
Gallery, we can see how the pertinent information is
completely vertical after all. We can also see how
the interpretation so far would be half stymied by a minor change
in one secret digit.

The painting’s maze walls are better understood as being thicker
while corridors become thinner to match. Those horizontal
gaps attended earlier are now vertical
passages. A diagonal grid thus has each diamond/square
being crossed either horizontally or vertically, by either a wall
or a corridor. All vertical crossings, of
either kind, become highlighted pixels.

Check marks ($smallcheckmark$) denote gaps that were interpreted
successfully so far. Question marks (?) denote
gaps that would have failed to be understood if digit
3 were rendered slightly differently. 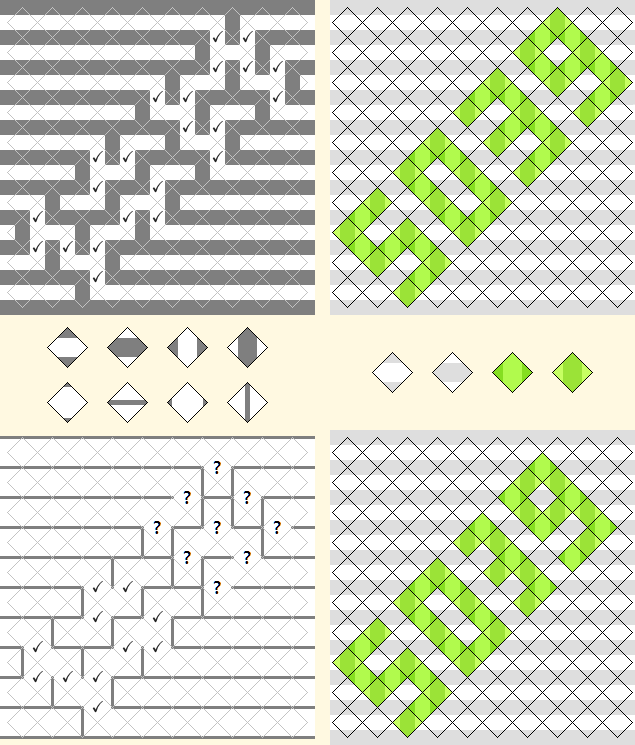 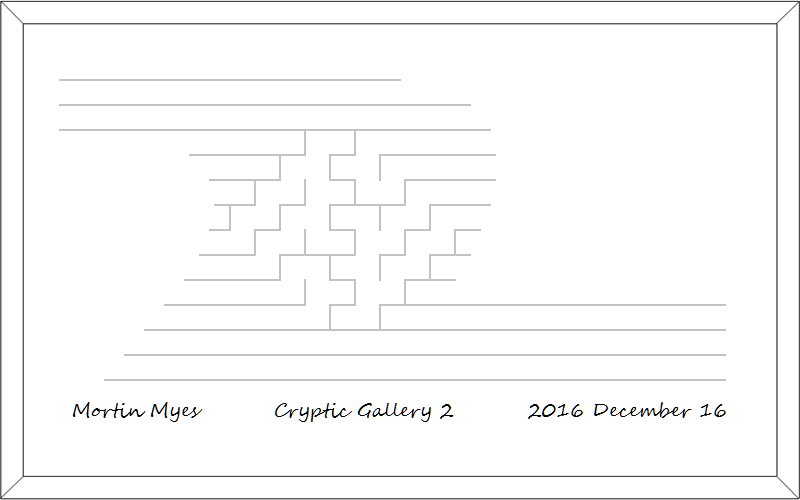