In episode 5 of Michiko & Hatchin, Michiko and Hatchin
go to what looks like a restaurant so that Michiko can ask about
Satoshi’s current whereabouts. This sign appears on the exterior
wall of it. 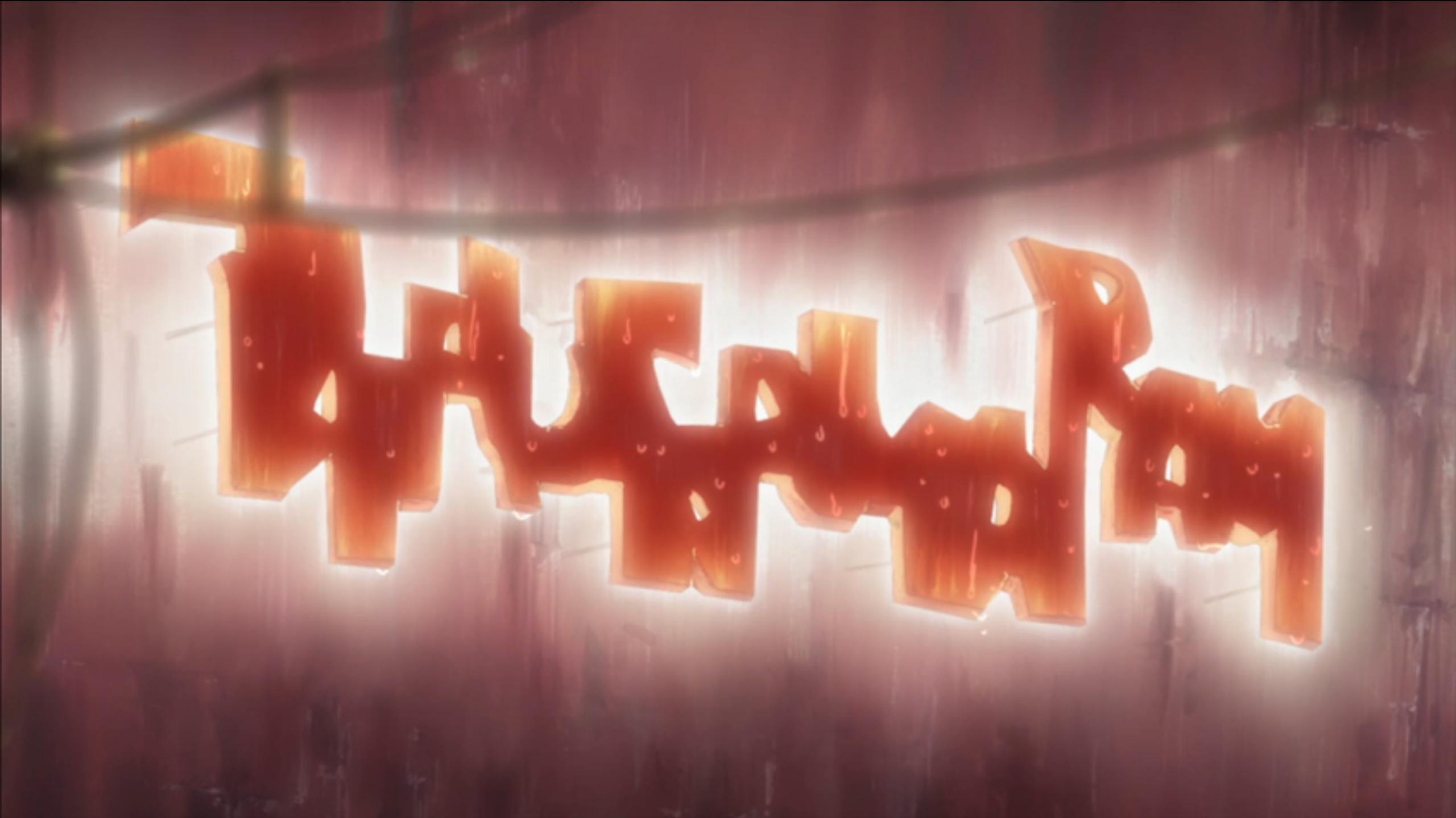 What is written on this sign? I think it’s supposed to contain
Latin characters — I can see an A and an R, maybe an S — but the
whole of it is so distorted that I can’t make sense of it at all.
It’s also possible that this is something in Portuguese (keeping
with the rest of the setting), which isn’t a language I know
either.