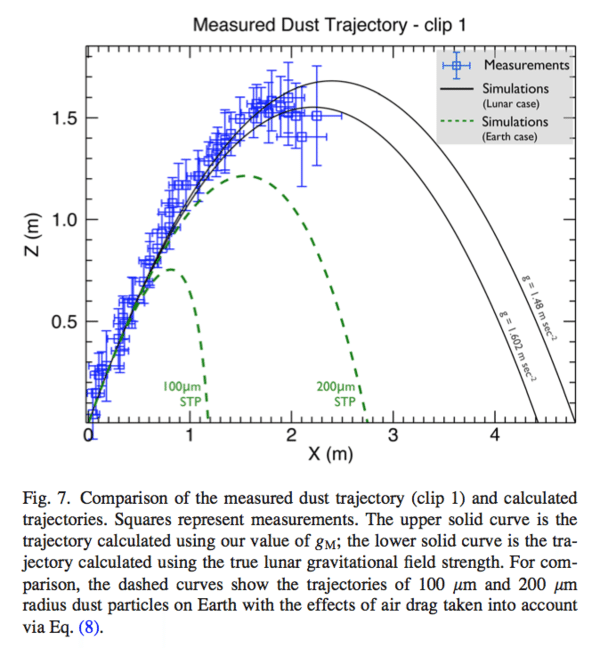 I think the OP has misunderstood what the graph shows. Each blue
point is a separate piece of dust, and its position on the graph
shows how high it got (up & down) and how far it travelled along
the surface (left to right). Absent air resistance, this
relationship doesn’t depend on gravity. If I throw a rock so that
it travels 10m up and 40m across on Earth, and then throw a rock at
the same angle (but slower) so that it travels 10m up on the Moon,
it will also travel 40m across (provided the distances are small
enough that the curvature of the Moon is not relevant). It will
take longer to do that on the Moon, but there is no time on the
graph. At bottom left (short distances) the Earth and Moon curves
line up, but further up or right, air resistance becomes a major
concern on Earth which is why the black and green curves
differ.